Apple adds Rubles and other currencies to App Store, bumps minimum price to €0.89 in Europe 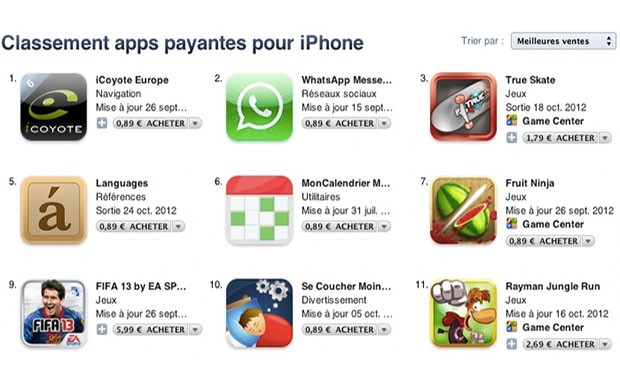 After announcing slightly under par financials, Apple has added more ways it can be paid for apps, though it also bumped the minimum freight to get one across Europe. The new lowest price users in France, Germany, Italy and other nations “over there” can pay for an app is now €0.89, a euro-dime bump from before — apparently due to the weak euro and local tax hikes. On the other hand, Cupertino also added more currencies accepted at its store: South African Rand, Turkish Lira, Russian Rubles, Indian Rupees, Isreali New Shekel’s, Saudi Arabian Riyal, Indonesian Rupish and UAE Dirham can all now be used to pay. Apple has tinkered with its prices before in varying amounts overseas depending on the nation, so you may want to check your own country’s App Store for the news — bad or good.

Apple adds Rubles and other currencies to App Store, bumps minimum price to €0.89 in Europe originally appeared on Engadget on Fri, 26 Oct 2012 06:32:00 EDT. Please see our terms for use of feeds.