Anonymous turns its attention toward Zynga

Zynga has been in the news a lot lately, but the recent layoffs at the beleaguered social games company have caught the attention of more than just the media. Anonymous isn’t all too happy with Zynga at the moment, and it’s planning to do something about the company’s perceived mistreatment of employees come Guy Fawkes Day. It’s then, on November 5, that Anonymous plans to complete “operation maZYNGA,” an offensive it has apparently already started. 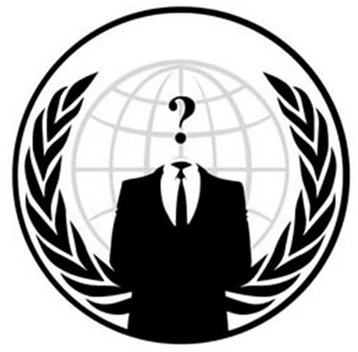 In a forum post on AnonNews.org, Anonymous has shared some links to data files it has allegedy stolen from Zynga. On November 5, Anonymous says it will “release the key to the data files,” which the group claims outline a Zynga plan to layoff even more employees and outsource those jobs. Not only that, but Anonymous claims it will release games it has stolen from Zynga’s servers for free unless the company halts its plan to layoff more employees.

Anonymous put a video up on YouTube explaining the plan, but it has been taken down since it violates YouTube’s policy against the “depiction of harmful activities.” In the video transcript posted to the AnonNews forum, Anonymous explains, “With a billion dollars cash sitting in a bank we do believe that such actions are an insult to the population and the behaviour of corporations like Zynga must change.” The group has posted a transcript of one of these stolen internal documents, which supposedly outlines the company’s plan to layoff more workers in the US while outsourcing these jobs to India.

This is where the story gets a little difficult to believe, as the transcript from this alleged internal document is very poorly written. In other words, take these claims from Anonymous with a grain of salt, because it’s possible the infamous hacker collective is just making the whole thing up. In any case, November 5 is right around the corner, so we should be finding out if Anonymous is telling the truth soon enough. Stay tuned.

Anonymous turns its attention toward Zynga is written by SlashGear.
© 2005 – 2012, SlashGear. All right reserved.

Garmin Lily review: This wearable for women has all the basics