Once upon a time, Wikileaks and Anonymous were best friends. Wikileaks would get bullied by “the man,” and Anonymous would bring down government websites in retaliation. They seemed to make a good pair, like chocolate and peanut butter or Mario and Yoshi (sorry Luigi). Today, however, it seems that Anonymous wants out of this relationship, despite the fact that Wikileaks could use a lot of help right about now. 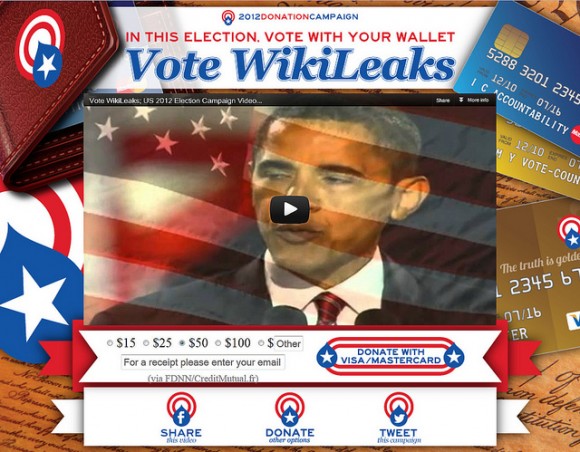 It isn’t much of a secret that Wikileaks and founder Julian Assange are strapped for cash these days. Assange is facing a lot of legal bills, and Visa, MasterCard, and PayPal all decided cut off service to Wikileaks a couple years back, which did a lot to block funding to the site. Needing to raise cash quickly, Wikileaks imposed a paywall on October 10, which blocks out the page users are trying to view with an overlay requesting donations. Once users donate, they gain access to the site, although disabling Javascript will get rid of the overlay as well.

This paywall has Anonymous – once one of Wikileaks’ biggest allies – angry. In a new statement, Anonymous says that it has been concerned about the direction of Wikileaks for some time now, but this paywall is the straw that breaks the camel’s back. Anonymous has apparently had enough of Wikileaks, saying that it can no longer be associated with the site it fully supported in the past:

Anonymous has had enough. The conclusion for us is that Anonymous cannot support anymore what Wikileaks has become. We will NOT attack the web assets of WikiLeaks, as they are media. We do not attack media. Any future attack on the WikiLeaks servers attributed to Anonymous is a lie. But what we will do is cease from this day all support of any kind for WikiLeaks or Julian Assange. No longer will Anonymous risk prison to defend WikiLeaks or Julian Assange from their enemies. No longer will Anonymous risk prison to supply material for WikiLeaks disclosures. Anonymous turns it’s back on WikiLeaks.

And just like that, Wikileaks has lost the support of an organization that has come to its aid many times in the past. Anonymous members have been arrested while attacking government websites in the name of Wikileaks and Assange, but it’s clear from this statement that Anonymous members won’t be willing to put themselves in harm’s way for Wikileaks any longer. Anonymous says that it will have a more detailed statement on its history with Wikileaks coming in a few days, so we’ll keep our eyes peeled for that. Stay tuned.

Anonymous cuts ties with Wikileaks over new “paywall” is written by SlashGear.
© 2005 – 2012, SlashGear. All right reserved.