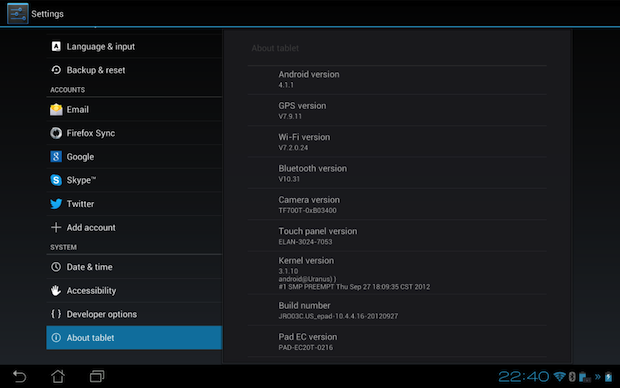 ASUS had said it would be coming soon, and it appears owners of that long-named Transformer Pad Infinity TF700 are now on the receiving end of the promised Jelly Bean goodness. According to a kind tipster and other folks from the Xda-Developers forums, an Android 4.1.1 update can currently be found in the usual spot within settings, though there are others reporting to have checked and not being greeted with the same luck — this, however, is likely due to the rollout being a gradual one. Either way, those who wish to snag the Jelly Bean treats can try and do so now via the familiar “check for update” in your myriad ASUS tablet. And, of course, do let us know how it’s working out for you in the comments below.

Update: Unsurprisingly, the very same update is being pushed to ASUS’ other Transformer Pad / Prime devices as well.

How to properly clean and disinfect your Android phone

Samsung fans, rejoice! The Galaxy Watch 4 is currently cheaper than it’s EVER been

How to set message reminders in Google Messages