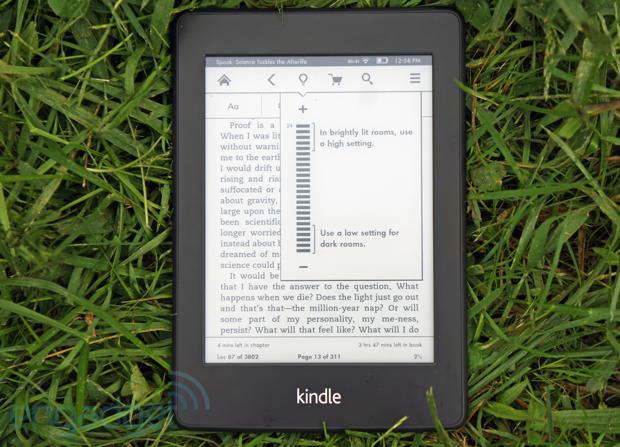 If you had told us at roughly this time last year that the e-reader race would be heating up going into the 2012 holiday season, we would have disagreed. If anything, 2011 seemed like the beginning of the end. Spurred on by the tablet explosion, companies like Amazon, Barnes & Noble and even Kobo were looking toward that space for inspiration, introducing flagship devices on which reading was just one of many features. Heck, even the readers themselves started to look more tablet-like, with many abandoning of physical keyboards in favor of infrared touchscreens.

But here we are at the end of September, and this product category has never been more exciting. Back in May, Barnes & Noble captured our hearts and midnight reading marathons with the Nook Simple Touch with GlowLight, a wordy name for a great little device that made reading in bed at night a little easier. (A problem, according to Barnes & Noble, that was tearing the country’s families apart.) But don’t let it be said that Amazon doesn’t believe in the American family. Earlier this month, the company launched the Kindle Paperwhite, the latest addition to a product lineup that has more or less become synonymous with the term “e-reader.”

At that launch event, CEO Jeff Bezos described the four years of R&D that went into the front light technology powering that bright screen. It was clear from our hands-on time with the device that, although Amazon is placing extra emphasis on the Fire line these days, it still has a lot invested in the e-reader fight. The sharpened, illuminated text is impressive, and Amazon has gone so far as to describe this as the Kindle it’s always wanted to build. That’s all well and good, but how does it compare to similar offerings on the market? Is this worth the $119 asking price (with ads)? Let’s find out.

Amazon Kindle Paperwhite review originally appeared on Engadget on Sun, 30 Sep 2012 21:00:00 EDT. Please see our terms for use of feeds.