Amazon has confirmed that the UK, France, and Germany are next in line for the Kindle Owners’ Lending Library system, with the ebook loan program set to launch later in October. The scheme, which launched in the US back in November, and offers subscribers to Amazon Prime a range of books they can borrow on their Kindle. Up to one book per month can be borrowed, with no limit on how long it can be kept. 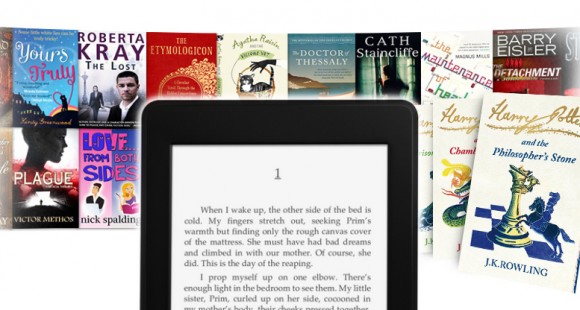 Amazon says that there will be over 200,000 titles for readers to choose from, with local-language ebooks as well as high-profile inclusions like the full Harry Potter series. Kids, mystery, science fiction, romance, non-fiction, and other categories are catered for.

As for publishers and authors, the Kindle Direct Publishing platform will support Kindle Owners’ Lending Library inclusion too, and the KDP Select fund – which pays out royalties per loan – has also been boosted to accommodate the predicted increase in demand. For October, it’s gone from $100,000 to $700,000, and Amazon says it is planning on another increase for November.

In September, Amazon says, authors were paid $2.29 per-borrow. To use the Kindle Owners’ Lending Library you’ll need an actual Kindle hardware device and to be a Prime subscriber – in the UK, that’s currently £49 per year.

Facebook
Twitter
Pinterest
WhatsApp
Previous articleBezos: Amazon breaks even on Kindle devices, not trying to make money on hardware
Next articleApple files patent application for fingerprint sensor that can be transparent or opaque
- Advertisment -