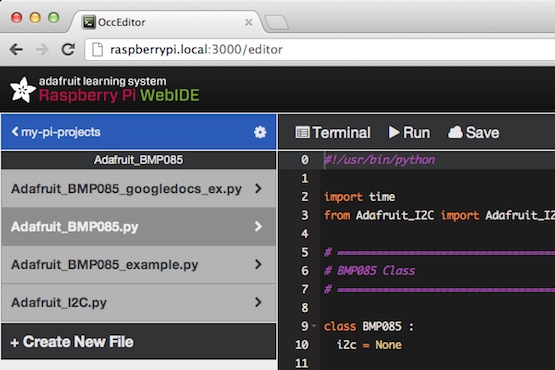 If you’ve been intrigued by the Raspberry Pi but were hesitant to get one because you’re new to Linux, Adafruit has a solution for you. The team that brought us the Raspberry Pi Education Linux Distro has come up with a special WebIDE (Web Integrated Development Environment) designed to run on the affordable barebones computer. It’s entirely web-based so there’s no need to install any software — just launch a browser, hook up your Pi, and you’re ready to go. To make life easier for coders, the platform has a terminal built in, plus there’s an automatic updater included to keep folks running only the freshest version of WebIDE. It’s currently at the alpha stage, so only experienced users should install it for now, but Adafruit’s hoping to roll out a stable release suitable for programmers of all levels sometime soon.