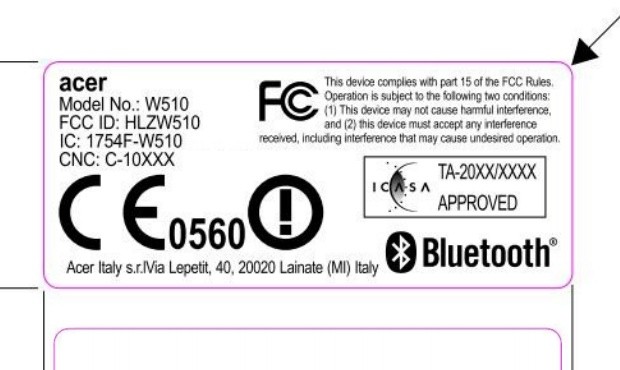 Now that we’ve taken a look at the Acer Iconia W510, it’s heartening to see it finally hit the FCC. The documentation doesn’t tell us much we don’t already know about the Windows 8 tablet, though it’s interesting to note it packs a 7300mAh battery, which will hopefully lead to that promised nine-hour battery life. As a quick refresher, the W510 packs a Clover Trail-based Atom processor, 2GB of RAM, a 10.1-inch display, and will cost roughly $500 for the 32GB SSD model. The timing of the FCC listing does seem to point to Acer actually hitting that November 9th launch date, so keep your fingers tiles crossed.

Acer’s Windows 8-based Iconia W510 tablet hits the FCC, ready for November launch originally appeared on Engadget on Thu, 11 Oct 2012 20:04:00 EDT. Please see our terms for use of feeds.