HomeNewsAcer Aspire V5 and M5 laptops will be available with touchscreens this...
News 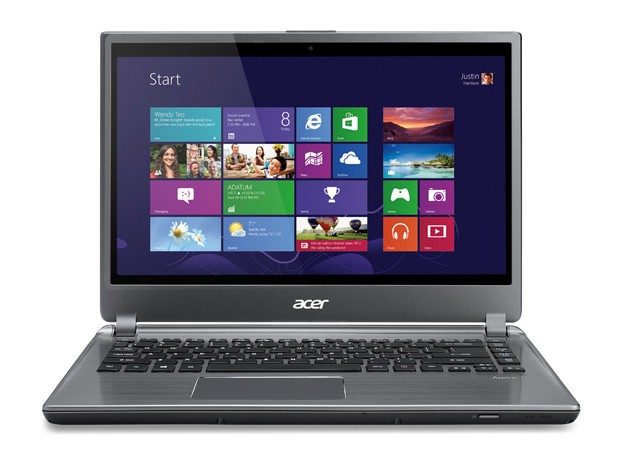 Make no mistake, one of the biggest trends you’ll see this fall is PC makers slapping touchscreens on their current machines so as to make them a little more Windows 8-appropriate. And Acer is no exception: the company is introducing touch-enabled versions of its existing Aspire V5 and M5 laptops, both of which will go on sale this month.

Starting with the M5, it’s the touch-enabled version of the M5 Ultrabook we reviewed earlier this year. Though the standard version is available in 14- and 15-inch screen sizes, the touchscreen model (aka the 481PT, pictured above) will only be offered with a 14-inch (1,366 x 768) panel. This, too, has a Core i5 CPU and 6GB of RAM, though its 500GB hard drive is paired with a 20GB SSD for faster boot-ups. Like the non-touch version, it’s rated for eight hours of runtime. Surprisingly, even though it’s classified as an Ultrabook, it manages to make room for an optical drive — impressive, given its 0.81-inch-thick chassis is still relatively slender. Both machines will be sold exclusively at Best Buy in the US, with the regular M5 starting at $700 and that touch-enabled version going for $800.

Acer Aspire V5 and M5 laptops will be available with touchscreens this month originally appeared on Engadget on Thu, 11 Oct 2012 08:00:00 EDT. Please see our terms for use of feeds.