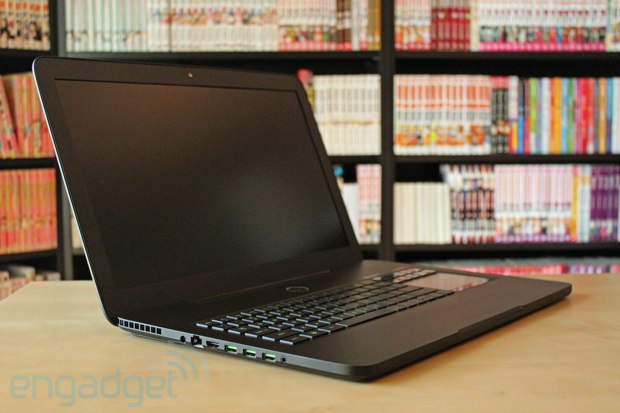 Razer has made a habit of catching us off guard — breaking the mold as an accessory manufacturer by building laptops, prototype game handhelds and controller-toting tablets. Their Blade laptop cut through our expectations as well, featuring a beautiful aluminum shell and one of the thinnest profiles of any gaming rig on the market. It had some serious flaws, though: it was underpowered, had minor build issues and simply fell short in the audio department. Its maker, apparently, wasn’t deterred: mere months after the original Blade’s own debut, Razer is now introducing a successor.

Most of the changes are internal: this model swaps out the original’s Sandy Bridge CPU and last-generation NVIDIA graphics for a newly announced 2.2GHz Intel Core i7-3632QM processor and a Kepler-based GeForce GTX 660M GPU. It caught our interest — Razer had previously insisted its first laptop wasn’t built just for power, but for a premium experience. Now, the firm seems to be focusing on both (now that’s a premium experience we can get behind). So, is this upgrade enough to make up for the OG version’s shortcomings? Read on to find out.